So a traumatic brain injury (TBI) is a nondegenerative, noncongenital insult to the brain from an external force, possibly leading to permanent or temporary impairment of cognitive, physical, and psychosocial functions, with an associated diminished or altered state of consciousness. There are a bunch of causes, mine was a result of my head colliding with a tree, and knowing how fast my quad bike went – it wouldn’t of been slow! From memory, I’m pretty sure my bike tapped out at 108km/hr.

A TBI is measured on a scale of mild, medium and severe. The medical term to measure this is something called a Glasgow Coma Scale (GCS) and it runs from 3-15, 3 being someone who is in a coma or dead and 15 being normal. Mine was 3. All my family and close friends came to say goodbye, I couldn’t imagine how tuff that was, but it would have been nothing short of terrible. However, the big man up stairs had other plans for me, there is no way I was going out without a fight, not with this hard head!

THANK GOD my TBI was temporary! I will always have struggles with my thinking, processing, explaining… pretty much anything to do with the processes of the brain. I struggle really bad with my fatigue. I will go on manic highs then I will hit a wall and I will be destroyed for ages! I used to be ruined for a few days, now if I have a rest I’m usually good to go again. My speech also is affected pretty bad when I get tired, it’s like I’m blind drunk. A lot of people don’t understand my struggles and would genuinely believe I was blind drunk.

My dad had Power of Attorney over my affairs, so ultimately it was his decision to pull the plug or not, however, my family would have made a collective decision on something so serious. They were told that ‘if’ I survived, I’d be a vegetable. It would have been extraordinarily hard for my family to make a final decision because they all generally know my overall views, there is no way in hell I’d want to live like that. And then I started to show slight improvements.

I wasn’t going to let my limitations now stop me from having kids. That’s what I wanted the most out of life, I needed purpose – becoming a parent has proven to be the best success in life. I’ve only ever had three serious boyfriends, thank god I didn’t have a child with the first two! In 2017 my then boyfriend (now husband) had a 8lb10oz & 51cm long healthy baby boy! – he was on the bigger scale, both my husband and I were 5lb babies.

My TBI left me with immediate as well as delayed symtoms. I was in a coma from the second I had my accident. My immediate symptoms ranged from extreme fatigue, amnesia and inability to speak. When I was able to start remembering things, I couldn’t use my left leg so I was in a wheelchair until I learnt to walk again. I couldn’t drink water so they had me on this thickened fluid crap and pureed food, which I used to call ‘shit on a stick’.

Since my accident I’ve had double vision, which amplifies when I’m tired. I struggle to sleep well, I have tried everything in the book that could help. Lavender, phenergan, doziles, sleep sprays, relaxation music, classical music, reading, you name it! Doziles I found to be the most affective – an over the counter relaxant (your only supposed to take them for a while to train your sleeping pattern). I go through cycles where natural stuff works like lavender in my diffuser and listening to some kind of relaxation music then that won’t work so I will go back to Doziles.

I found phenergan rather dangerous because I would take 15mg and that would knock me around for the whole of the next day. It was a horrible feeling! And completely unsafe to drive under the influence, there is no way I would even consider the possibility of putting my son in danger deliberately.

My concentration was affected pretty severely, before I had no problem doing a 8-10hr work day, or spend 12 hours operating heavy macheniery. Since my accident however, I’ve really struggled with being able to stay focused for an hour. I had to build this up, there is no way I would accept that being all I could do. I started back at my local gym, Tweak Fitness and that helped me start to transform into who I am today. I was unable to remember new memories, which is gone now and I couldn’t lie to save my life! I would just burst out laughing like a crazy person and you would know!

My impulse and irritability were pretty extreme, I had to retrain my brain in order to change that, although that too is a story for another time. I have only recently been able to dial it right down to mild – where it’s almost non existent, almost. I had absolutely no filter from the get go which has taken 5 years to tone down to an acceptable level. I used to be really bad at repeating myself 5+ times, now I may do it occasionally but only a single time.

Anger, anxiety and depression are symptoms that will never leave me, however I have found different strategies of dealing with each problem. For my anger I started using reiki to channel all my negative energy so that it could leave my body. I wasn’t necessarily angry at anyone, rather angry at myself as it was extremely hard for me to get what was in my head out of my mouth. It was extremely frustrating! It still happens now, 5 odd years down the track, however a lot less and I’m no where near as angry as I used to be. Honestly, being a mum now, I can’t afford to be.

My anxiety used to be extremely bad to the point if I lost mum in woolies I’d break down. It became better however when my son was about a year old it escalated again. I recently went on an antidepressant that has completely changed my life for the better. I go through these waves of depression that since my accident until I resorted to antidepressants has been like the most terrifying rollercoaster you can think of.

Since my accident I have really struggled with people’s perception of me ‘being weak’. I never wanted anyone to see me as anything other than a hard ass, somebody who doesn’t play games, doesn’t put up with people’s bullshit, and definitely people who try to pull the wool over my eyes. Yes, I had a severe brain injury, no im not stupid. I guess that was just my insecurities eating away at me, since being pregnant with my second child, I no longer give two shits about what anyone has to say about me. Ain’t nobody got time for that!

Life seems to be getting better all the time! I’m 12 weeks away from having my second baby. I have been able to let go of a lot of my anger which I think reiki has really helped with that, but that’s another story for another day.

Its true what everyone says – life is too short to be angry all the time, to care what people think of you or to live life seeing yourself as anything less than the amazing person you are. I’m so happy with where I am in life now, I’m mega proud of the way my mind & body has recovered. I thank the lord everyday for giving me my wonderful family, friends and the friends have become family.

P.s – please take the time to watch the YouTube clip I have attached, it gives a good insight as to the processes I had to bring myself through. 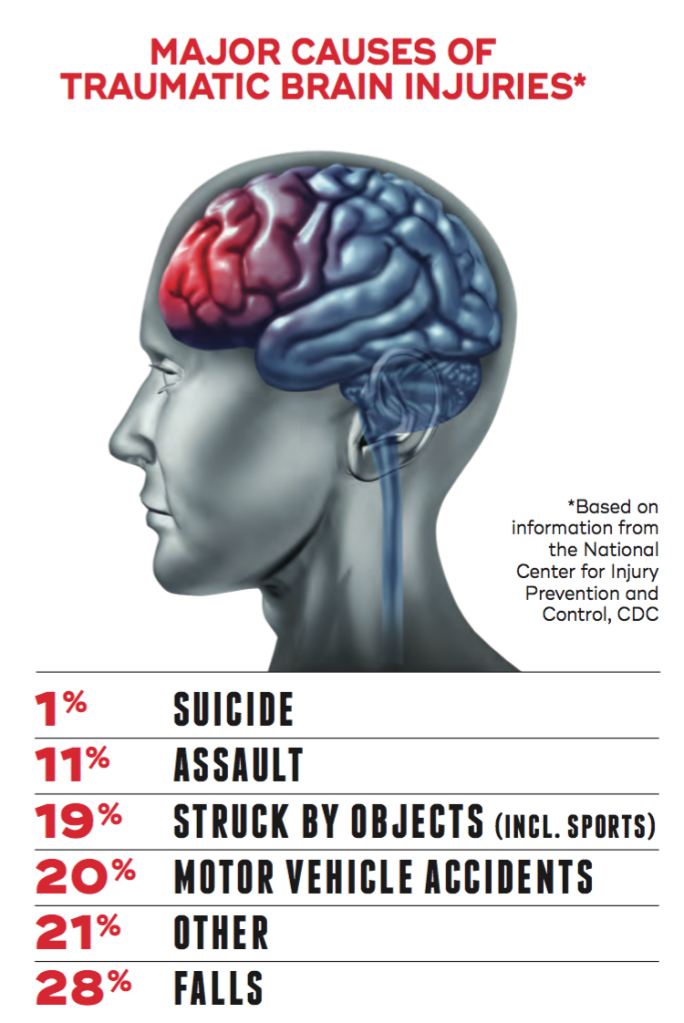 Omafg!!! I am so so excited! Tony & Dean go live!!! I've done all the pre training - found a clearer life direction and it's about to get clearer! #kbbmethod #bringit #aquo #aquoonline - edit... it's pretty awesome my vision wall is in the background!!!
Family is the anchor that keeps us together through the life's biggest storms! Aquo Xx #aquo #aquoonline #familytime #family #familyfirst #familyiseverything #strongertogether #igotyourback #wegotthis #positivemindset #positiveoutlook #positivethinking #positivevibes #nevertearusapart #nevergiveuponyou #betterperson #believe #love #unbreakable #unstoppable #happiness #life #familia #smile #picoftheday #friendswhobecamefamily #happytimes #sticktogether #iloveyouall #wedding
Goal setting is vital because it helps you decide and focus on what’s really important to you. Sit down and really think about what you want in life - start living mindfully. Help yourself so that you can become your version of successful. Aquo Xx #goalhacking #goals #gohard #getcreative #gogetter #goodvibesonly #gottastayfocused #goalgetter #goodvibes #goodtimes #life #smartgoals #focus #hardheaded #vision #practice #practicemakesperfect #create #creative #dreams #dreamers #dreamersanddoers #determined #determination #liveinthepresent #process #motivation #aquo #aquoonline #positivemindset
Just be you - if people don't like you, or have poor opinions of you that's their problem. Always strive to be the best person you can be. Do good. Execute your day with a smile on your face... Everything else will fall into place - just be patient! Aquo Xx #aquo #aquoonline #original #originality #justbeyou #selfmadewomen #selfmade #justdoit #everydaypractice #selfeducation #selfmotivation #selfworth #selfcare #selfdevelopment #selfimprovement #selfdrive #selflove #justrelax #justlive #positiveoutlook #positivemindset #positivity #successmindset #lawofattraction #successaddict #goals #progress #love #instagoals #mindset
I have two very strong, independent, cuddly and fierce little boys! What more do you want?! Aquo Xx #family #love #friends #boys #happy #instagood #fun #baby #life #photography #familytime #like #kids #photooftheday #follow #instagram #cute #smile #beautiful #happiness #familia #picoftheday #toddlers #aquo #aquoonline #motherslove #theycallmemum #myloves #mylife #igotyourback
In this life, there are ways and means of achieving anything and everything you want to, you just need to believe that you 100% can! Aquo Xx I don't have many body photos, simply because I know what I'm going to look like. There is a lot more to understand about the human body than what we are aware of, how it works, how we fuel it, what we fuel it with, why this hurts, why that's not working etc etc etc... I was the larger size of a ladies 18 in 2015 at 102kg. I'm now back to a size 12, Feb 2020 at 67kg. I do have a long way to go - I'm going to be toned and ripped af! My journey over the last 6 years has taught me how strong I really am (emotionally & physically), what I'm capable of if I 100% believe I can achieve my goals and how if your knocked down seven, you get up eight! 👊👊👊 #personaldevelopment #motivation #personalgrowth #inspiration #success #mindset #selflove #aquo #aquoonline #selfcare #business #love #growth #mentalhealth #goals #selfdevelopment #selfimprovement #growthmindset #mindfulness #selfhelp #empowerment #life #meditation #happiness #bhfyp #gohard #beastmodeengaged #fitnessmotivation #exercise #goals #progress